On 14-15 November 2001 the stockmarket took a liking to drill results from Minotaur Resources’s property in the Mt Woods Inlier, South Australia, comprising ELs 2563 and 2483, to name only two. A number of prospects have been reported on by Minotaur in recent months and in their Annual Report, including Armstrong North, Blaze, Neptune and Uranus, and it appears that the latest share surge is attributable to results from the Uranus property, in particular the location named Prominent Hill, located in the SW corner of EL 2483. Minotaur Resources listed on the ASX in December 2000, and the company has a strategic alliance with BHP/Billiton in NSW and SA, with BHP Billiton owning 7% of the company. Minotaur’s annual report and news release of 15.11.01 suggests that the Minotaur/BHP Billiton alliance is earning up to 70% in the tenements from Normandy/Sons of Gwalia/Sabatica PL, by spending $ 4 million. Minotaur potentially has 19% and BHP Billiton 51%.

This note simply sets out a few items of text and images collected together today from the Minotaur website and Bulletin 54, The Geology of South Australia, Drexel, Preiss and Parker 1993. Minotaur’s quarterly report was, and is, to be featured in the current issue of The Stockex Report in preparation, but I thought that some folks out there may appreciate some interesting and topical, if second-hand data.

The Uranus drillhole (news release 15.11.01) that has caused excitement passed through 107m of cover, then went into a massive hematite-supported breccia destructive of all older rock textures. Siliceous sericitic rock fragments are recognisable, but the He-Mag breccia is dominant. The drillhole was drilled on a gravity anomaly, and other drillholes are targeting coincident mag. and gravity anomalies. Drill results are as follows:

Shareholders of Minotaur who took up the offer in late October to subscribe to $3000 worth of shares at 10 cents/share (30,000 shares) would now be looking at a staggering value of $60,000 at today’s prices, and a capital gain of $57,000 after two weeks. And it all comes about because the SA government and Ross Fardon committed to a program of detailed airmag. over much of the state in the early 1990s !!

The images overleaf are scanned at moderate resolution, the better for email transmission; they include 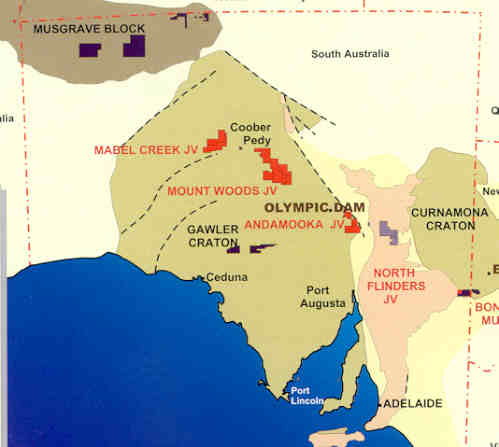 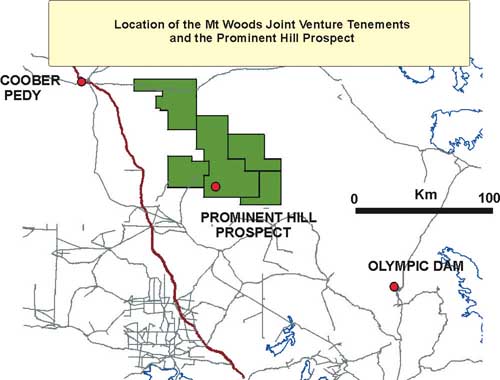 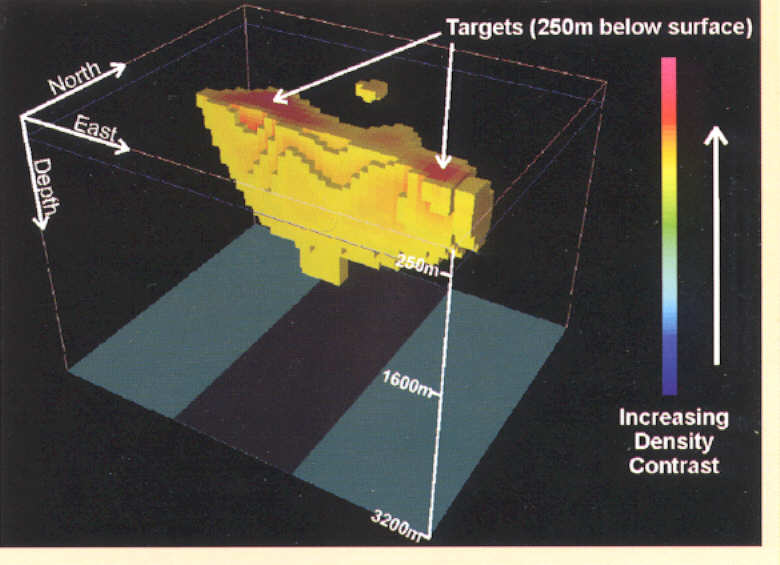 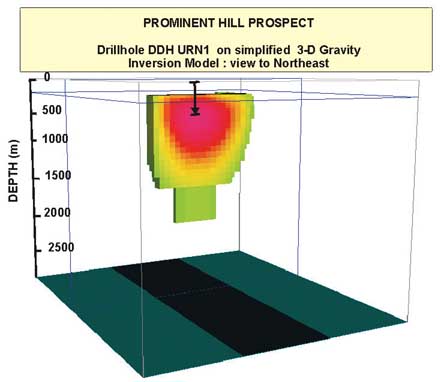